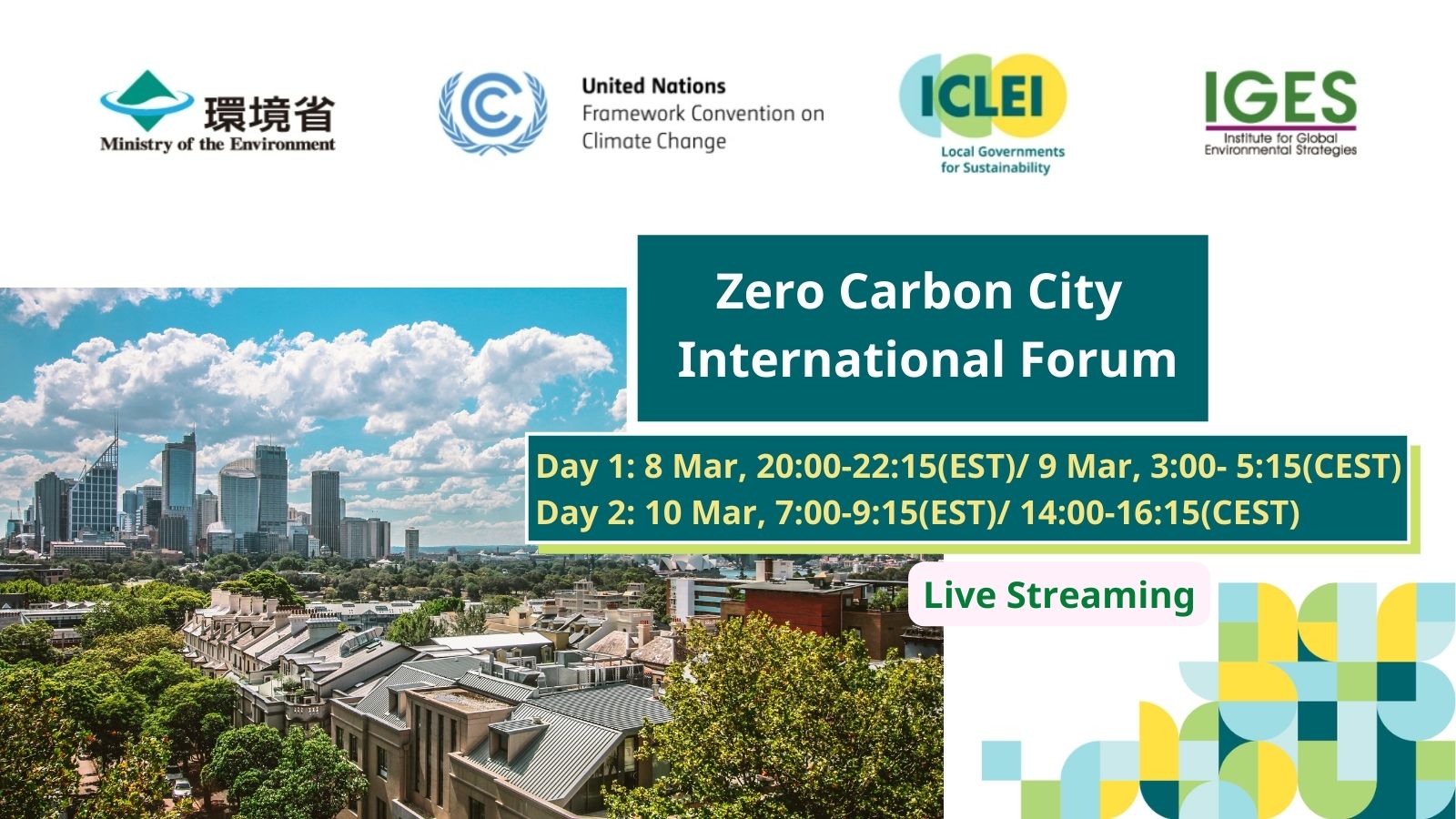 Day 1 of the Forum closed. Come back tomorrow to listen more from other cities!
If you miss Day 1, archive is here.

Day 2 Specific actions will be introduced on the following topics.

The impacts of climate change are now evident all over the world, and immediate climate actions are necessary to address this urgent global challenge. The 26th Conference of the Parties (COP26) to the United Nations Framework Convention on Climate Change (UNFCCC), held in Glasgow, UK, adopted the Glasgow Climate Pact, which calls for countries to accelerate their reduction efforts to keep the global average temperature increase below 1.5 degrees Celsius. The Paris Agreement and the Glasgow Climate Pact recognize the important role of non-state actors in climate actions, including local and regional governments.

Now subnational governments are playing an increasingly important role in setting out and implementing the framework of local climate actions to achieve the goal of net zero emissions. Enhanced cooperation between subnational and national governments will be crucial in helping countries achieve ambitious 2030 goals and net-zero emissions no later than 2050. As the end of January 2022, 1115 cities and regions have registered themselves in the Race to Zero, a global campaign of non-state actors.

In Japan, as of 31 January 2022, 534 local and regional governments announced their intention to pursue a net-zero emissions target by 2050, which accounts for about 89% of the total population. The Japanese government developed the Regional Decarbonization Roadmap in cooperation with subregional governments in June 2021, setting out priority measures and actions to achieve zero carbon such as the creation of at least 100 “leading decarbonized regions” by fiscal 2030. At the global level, more subnational governments will increase their ambition in addressing climate change and set a goal of net zero at least by 2050.

The net-zero emission target requires bold measures to transform our social systems. While this will not be an easy task, it will give us opportunities to build back better from the unprecedented Covid-19 pandemic.

The objective of this forum is to;

Local climate action is critical to achieve the zero carbon emission target by 2050, and it is important to encourage more sub-regional governments to raise ambitions and ensure proactive policy planning and implementation. This session aims to share commitments and lessons of leaders of subnational governments towards the zero-carbon goal.

Closing Plenary (review of the forum from Rapporteurs)（9:00）