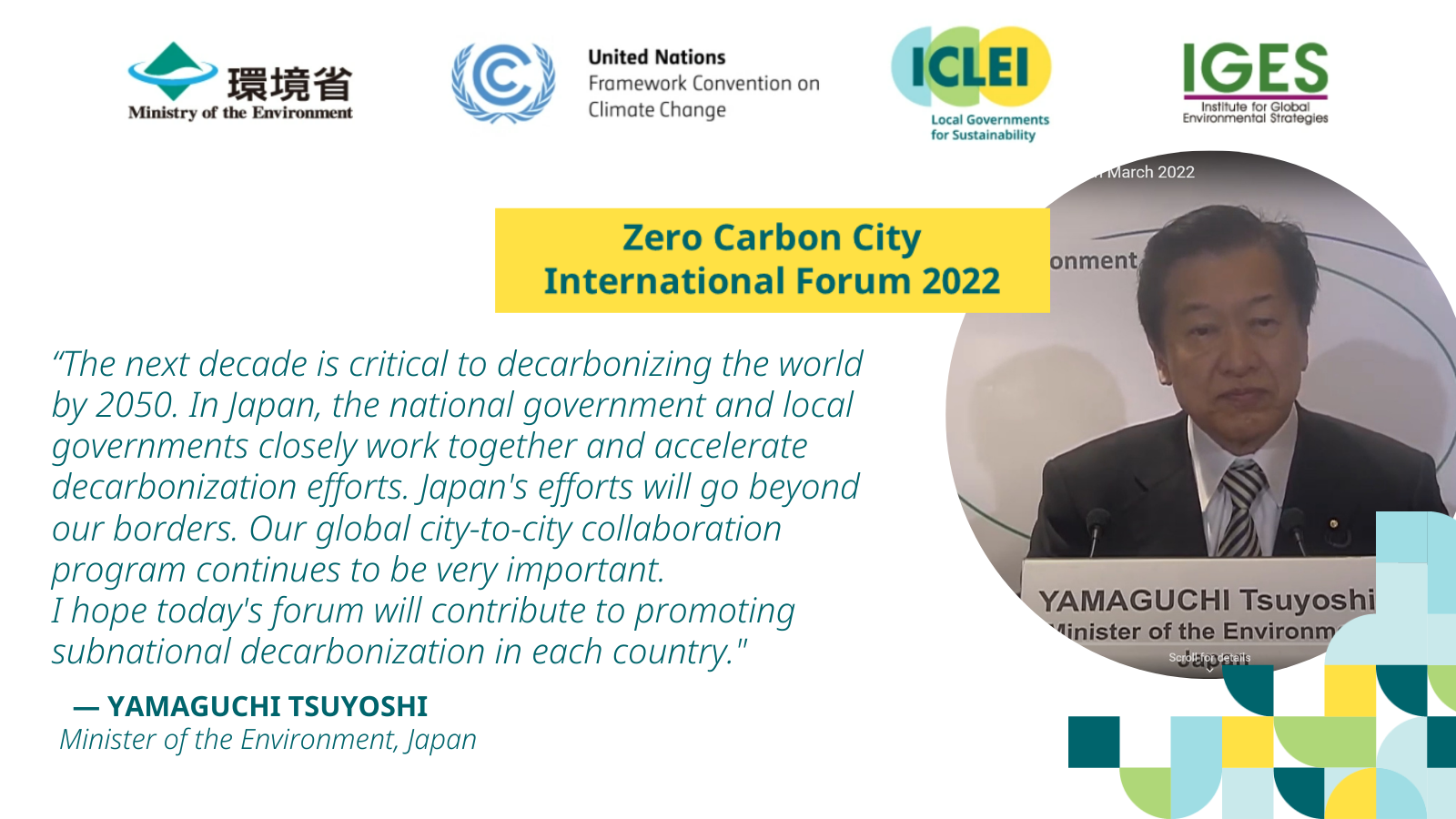 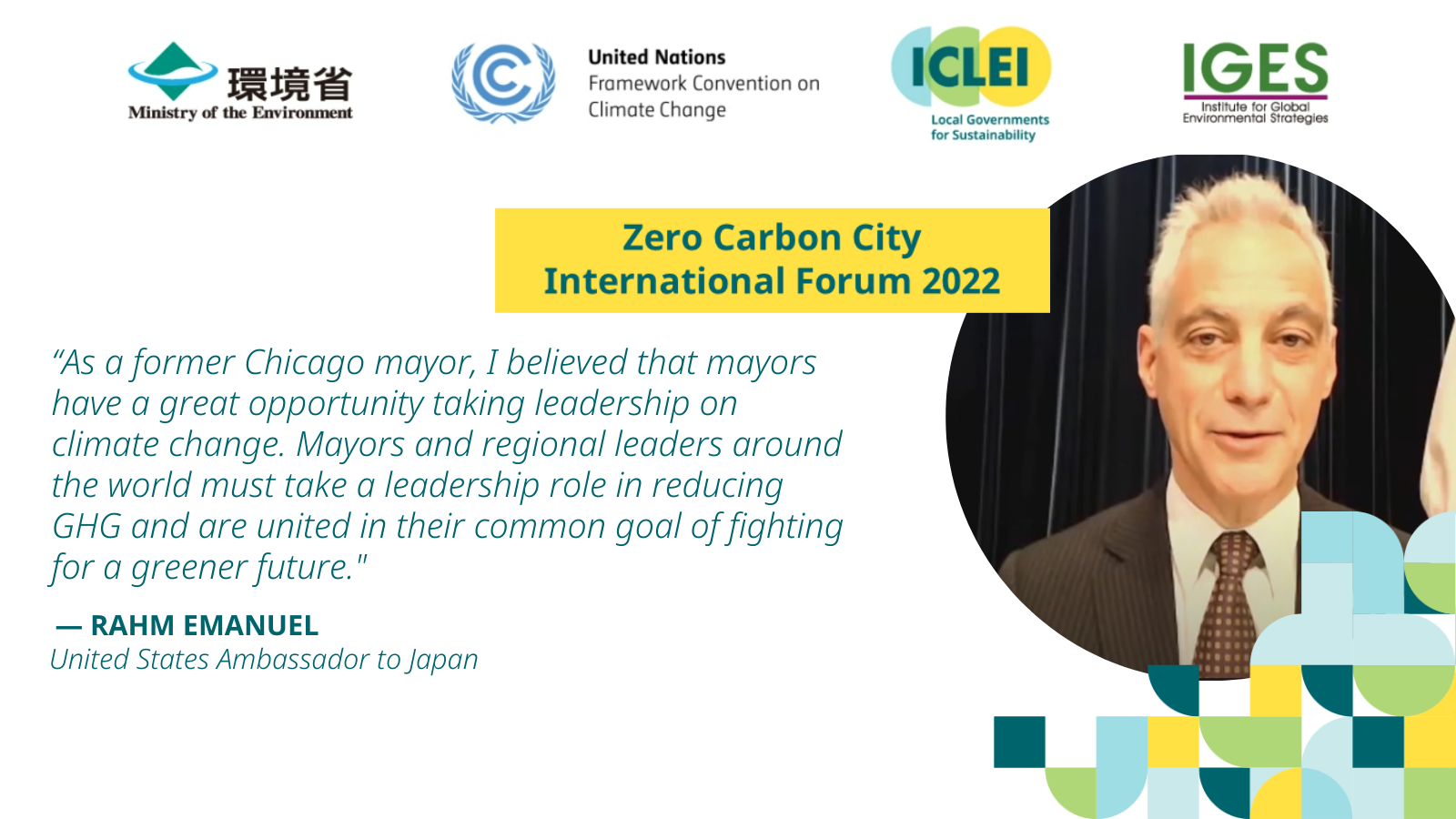 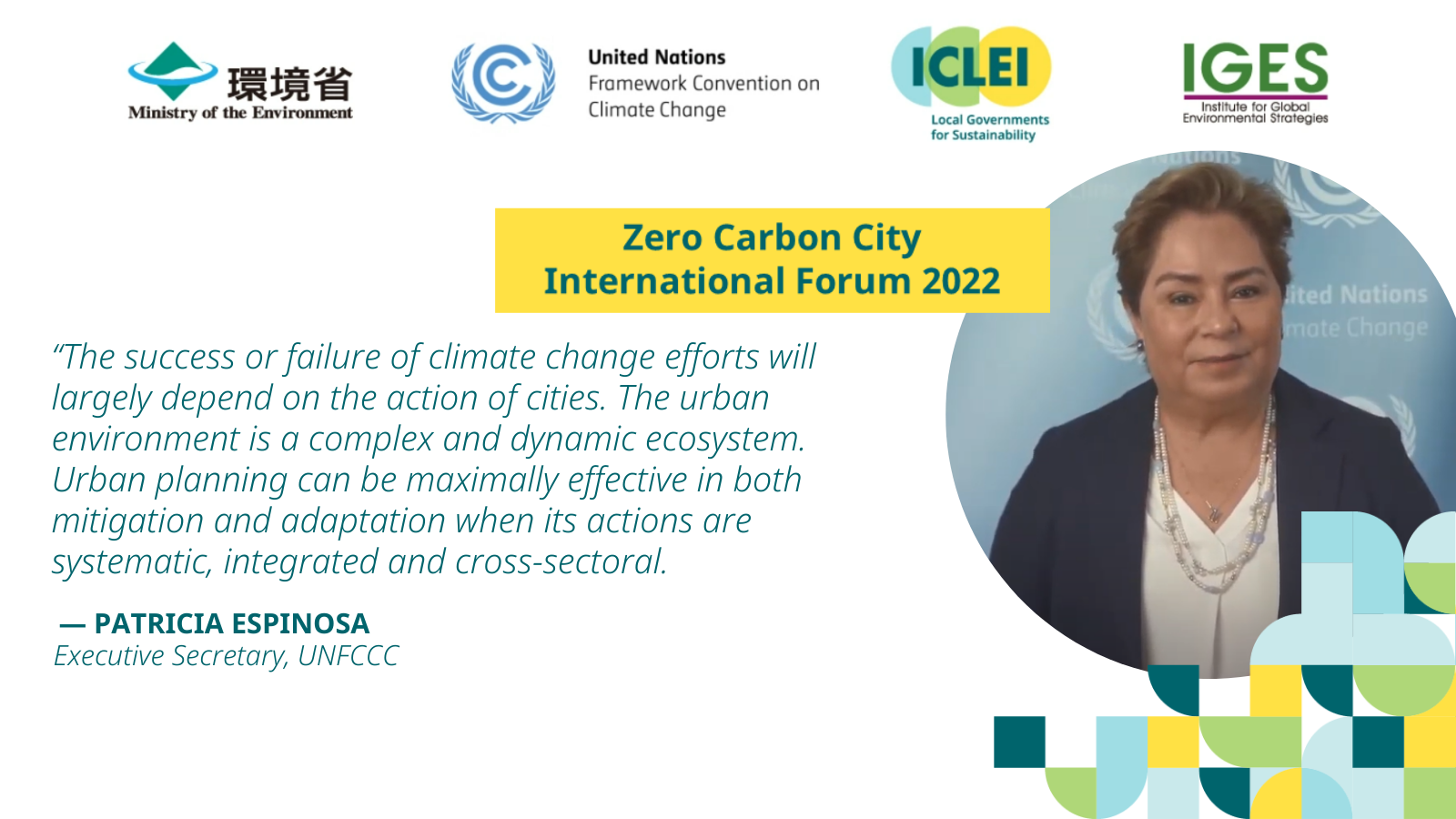 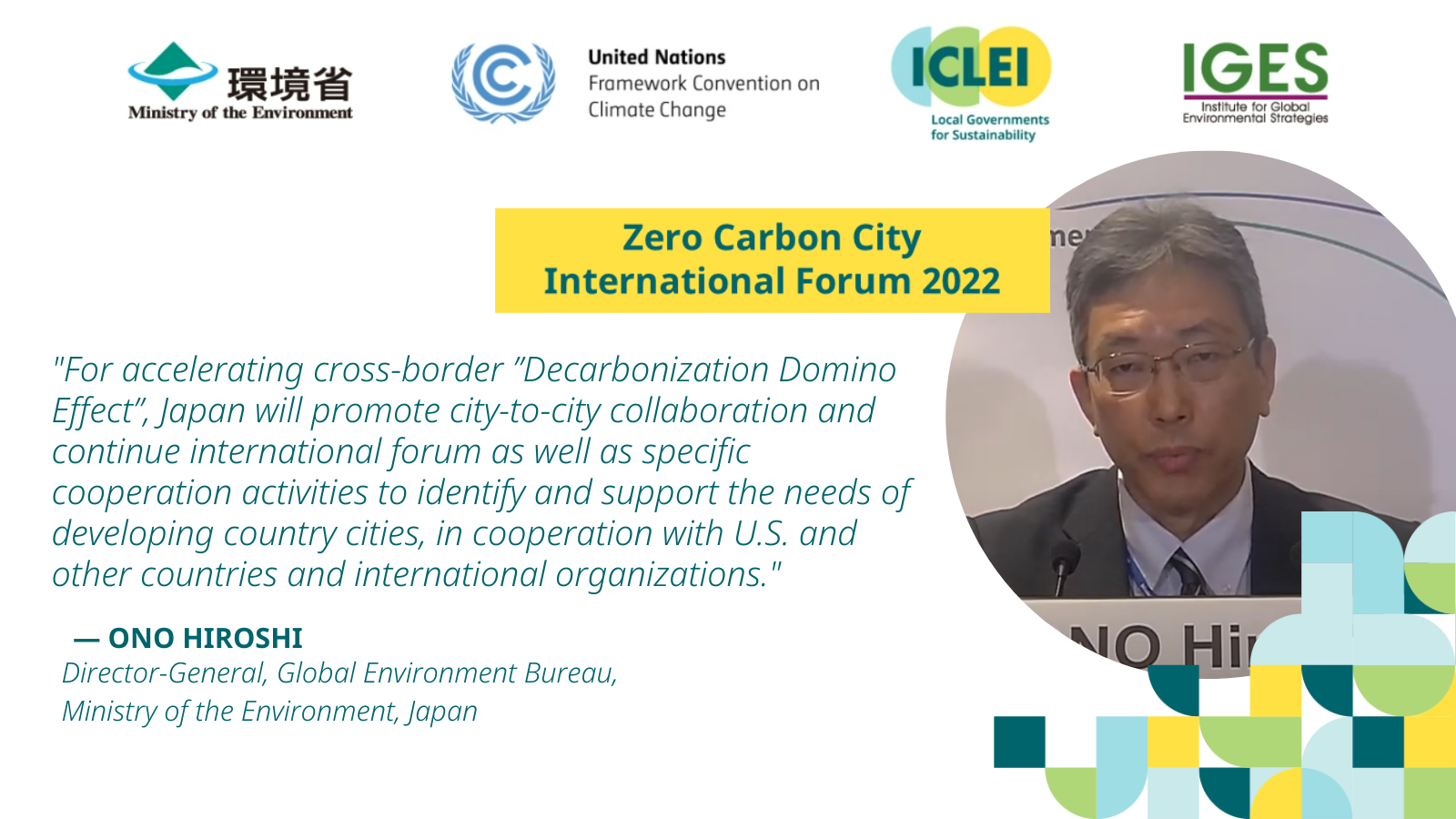 The Forum was jointly organized by the Ministry of the Environment Japan and the Office of Special Presidential Envoy for Climate, USA. The archive video is available on the official website.

On 9 Mar, the first day of the Forum, the opening remarks were given by Prime Minister Kishida (video message), UNFCCC Executive Secretary Patricia Espinosa (video message), Yamaguchi Tsuyoshi, Minster of the Environment Japan, and Rahm Emanuel, United States Ambassador to Japan. Sessions 1 and 2 also featured presentations by the Mayors of Seattle City, Sapporo City, and other cities.

The Zero Carbon City International Forum 2022 was held on 9-10 March, organized by the Ministry of the Environment Japan and the Office of Special Presidential Envoy for Climate, USA (SPEC), and co-organized by ICLEI and other institutions. The following speakers took part in the forum, the Mayor of Sapporo City, AKIMOTO Katsuhiro and Director of the Eco-City Promotion Department of the Environment Bureau, Sapporo City; Associate Manager of the Global Environment and Sustainability Office, Environment Protection Bureau, and Staff of the International Economic Affairs Office, Economic and Labor Affairs Bureau, Kawasaki city; The Mayor of Yokohama City, Takeharu Yamanaka and Director General International Affairs Bureau, Yokohama City; Director General of the Environmental Department, Toyama City.

On the first day, Prime Minister Kishida, Mr. Yamaguchi, Minister of the Environment Japan, and Rahm Emanuel, US Ambassador to Japan gave opening speeches and following a framing session by Patricia Espinosa, Executive Secretary, UNFCCC, Sapporo City Mayor, Akimoto Katsuhiro took a stage on the theme of ‘Session 1: Net Zero Transition: how cities are moving towards Zero Carbon’, moderated by Angie Fyfe, Executive Director of ICLEI USA, introducing Sapporo’s initiatives to become carbon neutral by 2050 and its achievement of the highest rank of Platinum Certification ‘LEED for Cities and Communities’, a global evaluation system for cities and communities. On the second day of the forum, Mr. Sugawara, Director of the Eco-City Promotion Department, Environmental Bureau, gave a presentation on the theme of ‘Transport and Building Measures for Transitions’, introducing the Sapporo version of ‘SAPPORO ECO-E HOUSE’, the next-generation Housing Standards, and initiatives related to hydrogen energy.

On Day 2, in ‘Parallel Session 1: City-to-City Collaboration: accelerating the decarbonization domino’, a video message by Yokohama City Mayor Takeharu Yamanaka, and International Bureau Director Hashimoto introduced how the Yokohama city is working on decarbonizing the city. After presentations from Bangkok and Da Nang, which are cities cooperating with Yokohama, the Deputy Director of the Environment Department of Toyama City took the stage and introduced Toyama’s energy policy and its cooperation efforts with Indonesia and Chile.

Many speakers from overseas, including local governments, discussed how to work together to achieve results in decarbonization, based on initiatives from their own regions, and expressed their hopes for Japan’s decarbonization efforts.