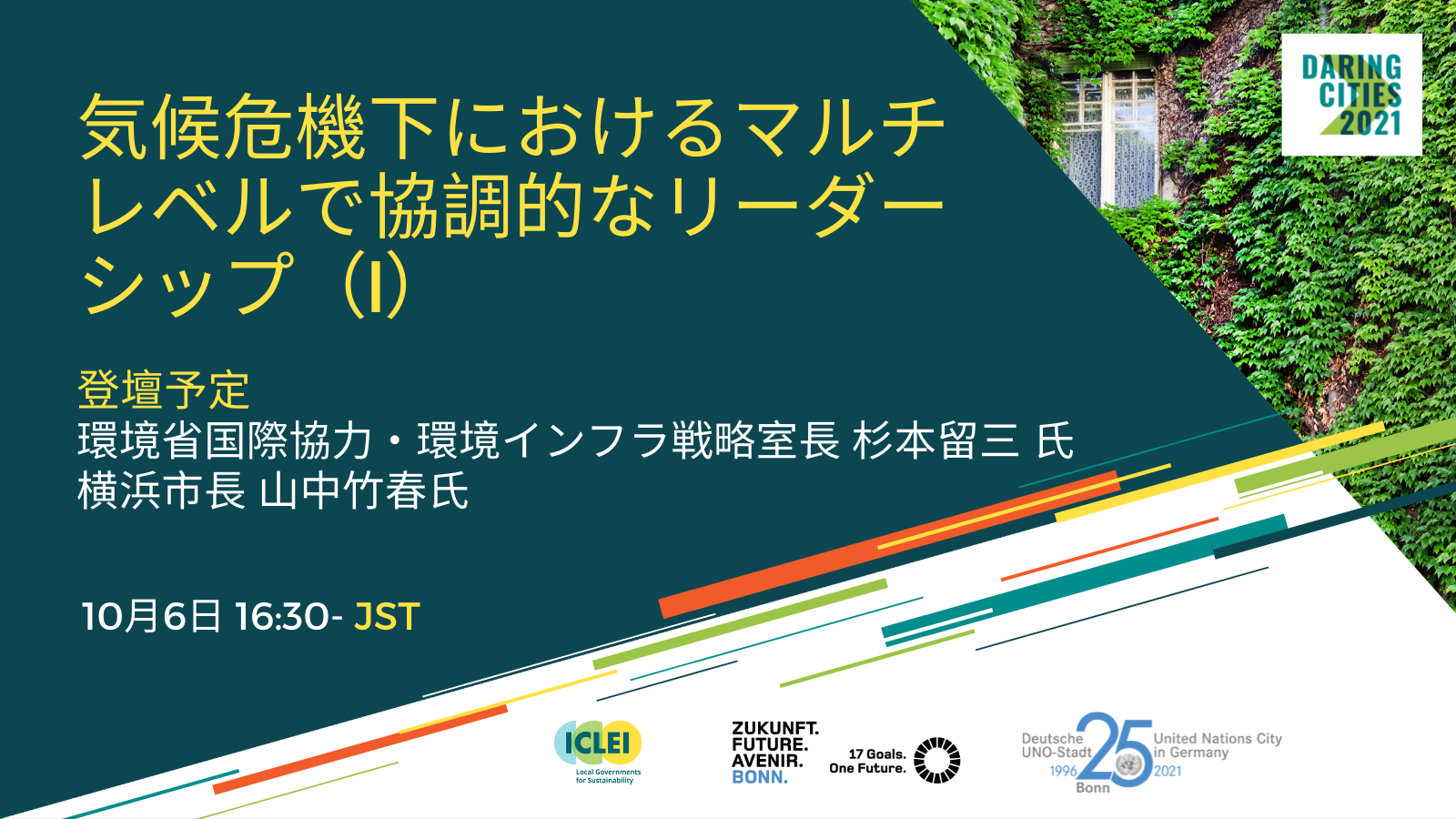 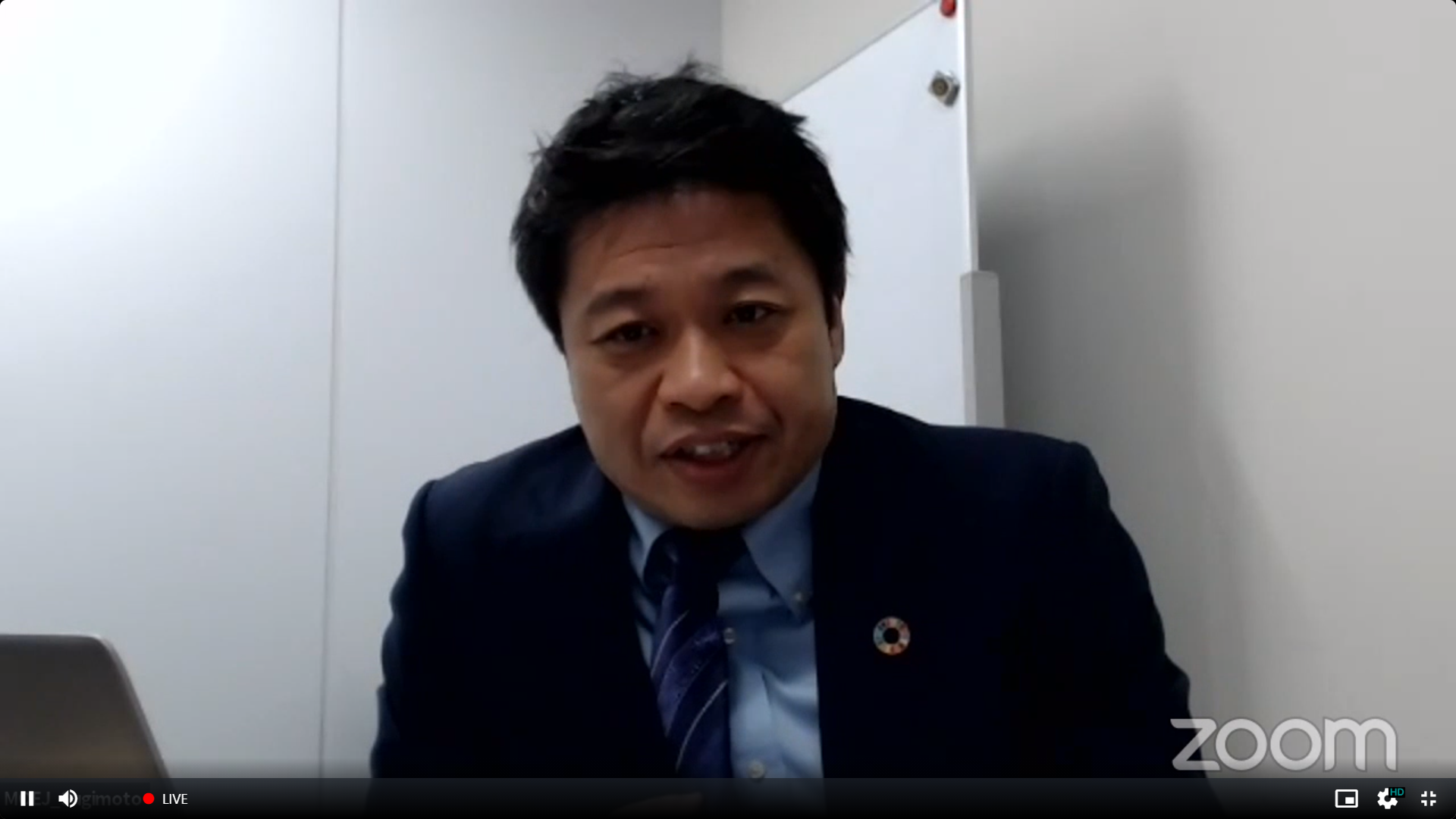 Ryuzo Sugimoto, Director of International Cooperation and Sustainable Infrastructure office, Global Environmental Bureau, Ministry of the Environment, Japan, spoke on behalf of the Japanese Government, introduced Japan’s initiatives on climate change, including the declaration of Carbon Neutrality in October 2020, the declaration of virtually zero carbon emissions in 2050 by more than 464 Japanese municipalities (as of 30 September 2021), the establishment of the Zero Carbon Cities Council and the formulation of the roadmap for decarbonization, the revision of the Law Concerning the Promotion of the Measures to Cope with Global Warming, and inter-city cooperation.

On behalf of the Japanese local governments, Mayor of Yokohama, Mr. Takehara Yamanaka emphasized the importance of collaboration between local governments and the national government in his video message and appealed for strengthening networks with Asian cities and contributing to decarbonization and the achievement of the SDGs, including the formulation of a master plan in Bangkok, Thailand and the holding of the Asia Smart City Conference.

Mr. Sugimoto concluded the session by summarizing the relevance of SDGs and carbon neutrality.
2021.12.3 Permission to update from speakers